With it being Open Access Week  articles, tweets, and livecasts about issue of access, copyright, and sustainability have been taking place across the web. One of my favorites was the New Yorker article by Louis Menand, “Crooner in Rights Spat: Are copyright laws too strict?.”

Coincidentally (or not, Dr. Shapiro?) we are considering copyright issues in our readings and discussion this week. The first thing that stands out is the similarities between Menand’s 2014 article and the videos, interviews, and articles we’ve been assigned from the aughts (2001-2008 in this case).

Free buttons, cookies, and intellectual stimulation where on offer at the live stream of the opening OA week festivities at our library.

Just as previous articles have discussed the STEM fields’ early adoption of many digital aspects, we see STEM fields moving forward with more expansive open access than the humanities Indeed, much of the discussion occurring around #OA2014, and open access in general, is focused on the sciences.2 Of course, making scientific findings available as widely and rapidly as possible has potentially life-saving, and more easily measured, implications. On the other hand, the impact of humanist research is a bit more “squishy,” to put it in highly technical terms.3

What I appreciated the most about Siva Vaidhyanathan’s introduction to Copyrights and Copywrongs: The Rise of Intellectual property and how it Threatens Creativity was the insightful consideration of creative (humanist, I would argue) contributions to an openly accessible world. Vaidhyanathan summarizes John Dewey’s “thin” copyright arguments for encouraging a strong public sphere that ensured “(t)he public should be better educated to be able to distinguish between solid description and mere stereotypes” that were popular in the media of the time.4 Vaidhyanathan argues that copyright restrictions have thickened as time progressed and corporate interest, like those of the movie industry, have secured stronger control of the creative public sphere; he also rejects the idea that creative works should be discussed in terms of “property.”5

“Remix” seems to be quite the buzzword within this discussion. In 2008 Lawrence Lessig discussed the modern remix culture on Terry Gross’s *Fresh Air* following the release of his book Remix: Making Art and Commerce Thrive in the Hybrid Economy. Lessig argues that just the act of creating a copy can no longer be the basis for legal restrictions; rather the intent, the extent, and the economic implications should be weighed more heavily. If someone is building on, using, or remixing the creations of others, Lessig believes there should be no legal restrictions. Indeed, many historical examples show how the public creative and intellectual sphere has often been a cultural palimpsest of sorts. 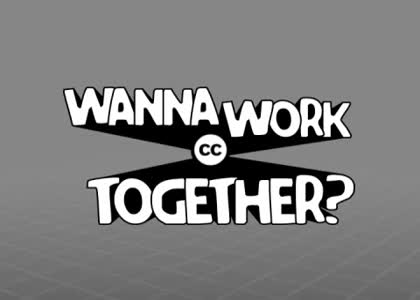 Lessig is well known for founding Creative Commons, a non-profit organization that advocates for copyright reform.

(From a history standpoint, it was a real eye opening moment to hear Lessig discuss the Founding Fathers specifically protecting the freedom of press, despite the fact that the press at that time was often explicitly biased and sketchy at the best of times, and compare that historical form of press to modern blogging.)

In consideration of the academic, specifically historical, realm, Roy Rosenzweig points out the argument that works born out of publicly funded institutions should be available to the public that did the funding.6 Rosenzweig lays out six options for going fully or partially accessible. After considering each option, it is clear that while adapting to a new technological reality requires thoughtful discussion and debate, it is possible to adapt in a positive way that creates cultural or monetary value for companies, academics, and the public. Lessig also discusses the potential for commercial entities to find new ways to get monetary value out of “free sharing activity.”7

I’m personally persuaded by the arguments in favor of “thin” copyright restrictions and more open resources in the academic world specifically. Beyond the statistical facts that open research is cited and viewed more, I prefer the concept of a more open and beneficial exchange of insight and knowledge.8 I prefer the vision of copyright as an incentive for artists to continue creating valuable work. Still, I’m too ignorant of all the changes that have been made between these pieces and the more current developments of copyright and open access and there is plenty more to be learned.

While copyright is, sensibly enough, one of the biggest issues up for discussion, I’ve also seen some really interesting posts and comments regarding queer archives and accessibility. Issues that arise in this realm often have more to do with cultural constraints or privacy concerns, as opposed to a strictly legal copyright issue. Whitney Strub published a blog post this week entitled “Queer Sex in the Archives: ‘Canonizing Homophile Sexual Respectability’” that reflects on an Oct. 2 talk from historian Marc Stein. The talk, and the well written article, examine why publications like Drum, a more unapologetically erotic queer publication, are missing from both scholarly works and archives.

Stein’s talk was a preview for his article, “Canonizing Homophile Sexual Respectability: Archives, History, and Memory,” which was published in the Radical History Review‘s special edition “Queering Archives: Historical Unravelings” on October 23, 2014. While the whole issue appears to be full of intriguing articles and could constitute an entirely separate post, I’ll end on one final observation; the *Radical History Review* is behind a pay wall, inaccessible to radicals lacking the proper affiliation.

1. For example, at the screening of the opening panel (hosted at Atkins Library ) I was struck by the fact that nearly all of the panelists worked strictly within science related fields.↩
2. In his Fresh Air interview, Lessig addresses the same issue of priority in having STEM related research open to other researchers. ↩
3. Vaidhyanathan, Siva. Copyrights and Copywrongs: The Rise of Intellectual Property and How It Threatens Creativity. New York: New York University Press, 2001. 7.↩
4. Ibid. 15.↩
5. Rosenzweig, Roy. “Should Historical Scholarship Be Free?.” Vice President’s Column.  AHA Perspectives. April 2005. Available at http://chnm.gmu.edu/essays-on-history-new-media/essays/?essayid=2↩
id=”fn6″>6.Gross, Terry. “Lawrence Lessig’s ‘Remix’ For The Hybrid Economy.” Fresh Air. Boston, Massachusetts, USA: WHYY, National Public Radio, December 22, 2008. http://www.npr.org/templates/story/story.php?storyId=98591002.↩
7. Vaidhyanathan, Copyrights and Copywrongs. ↩